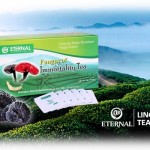 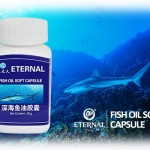 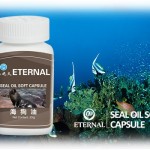 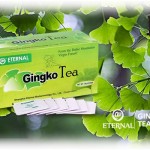 0 Reviews
0.0
Write a Review
This company has no reviews. Be the first to share your experiences!

0
Ask a Question
Have questions? Get answers from Eternal Ghana Gingko, Slimming, Tea or GhanaYello users. Visitors haven’t asked any questions yet.


Eternal International is a well-known manufacturing and distributing company for consumer goods and health care products which was co-founded by Mr. Zhang and Mr. Gong in 2001. It is a famous multinational direct net-working and marketing organization. It is a diversified multinational company committed to providing high-quality health products for international customers and to spreading the concept of health,. Its principal business is the production and selling of consumer goods, health care products and providing cross-border medical services as well as creating careers or self employment for the people and uplifting the financial status of the people as wealth is created thereby fighting poverty out of the many homes in Africa..


Eternal International multinational management system is headquartered in the world-renowned “China Commodity City”-Yiwu, which is geographicallylocated in Shanghai, China, the Product R & D Center characterized with a world-class multinational management team and independent intellectual property rights. Eternal International has spread its operations, scattering its high-quality industries throughout a number of countries and regions in the Southern Hemisphere especially in Asia, Africa, and South America.

Eternal International gradually developed into a well-known and famous multinational direct-marketing company involved in global training, marketing, production of consumer products, health care products and providing cross-border medical services. We spread the concept of health far and wide through training creating professional marketing and distributing staff. Through this Eternal is bringing real health to people by producing products of high quality while producing millionaires. The company will continue to provide cross-border medical services and to care for the earth and people around the world by passing and sharing health, wealth, peace and love to the whole world.


In 2012
> Saurimo, Uige, Menongue and Cabinda Regular Chains were other milestone achievements to be established withing Angola.

> In the same year, Eternal Namibia was officially launched in Windhoek the capital city of Namibia with one branch in Oshakati a very highly populated and commercial town in the North of the country.

> After more than six years of development, Eternal Angola has made considerable progress in all respects. The work force keeps growing, with approximately reaching 60 personnel supported by an escalating enthusiastic and hard working independent distributing and marketing personnel of over 200,000 of which 99% are Angolan locals which effectively enhances the strength and operations of the company comprehensively.

> In November 2012, the company achieved major breakthroughs in its development by opening and establishing new branches such as Eternal Congo, and Eternal Brazil. Early 2013, Eternal Zambia was the latest branch to be established right in Lusaka the capital and business city of the country spearheaded by very determined and focused individuals and management team. In 2011
> Three (3) Eternal Regular Chains were opened in other provinces of Angola; such as Benguela, Malange and Lubango.

In 2010
> The company embraced a rapid development programme and established its.

In 2009 (A milestone year)
> The company purchased 22 hectares of land in Angola to build its own office premises and living area.

> The first Eternal regular chain went into operation in Huambo.

In 2008
> The company successfully entered the Angolan market and its products have been sold like hot cakes. Eternal has widely grown to be accepted and highly recognized by the locals who have tremendously benefited as a source of self employment which earns them an extra tax free income and of course good health from the use of the nutritional food supplements.

> Eternal -business is booming and on the right track. Employees increased from 1 to 6.

In 2007
> Eternal was officially founded.
> Founders of Eternal went to Angola to survey Angola’s investment environment and investment feasibility which was found to be ripe and very conducive for business. Ground and paper work started back then.

> Eternal Angola was incorporated as an overseas venture. At that time, office conditions of Angolan Company were very simple with only one employee initially.
Working hours
Products & Services

Gingko Biloba Tea: 0208520993, 0245703180
Gingko tree, also named maidenhair tree, is the most ancient gymnosperm from the quaternary glacier and in the list of preoiousspecies. As a living fossil, it was a tribute to the imperial family as e...