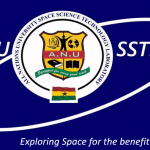 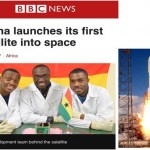 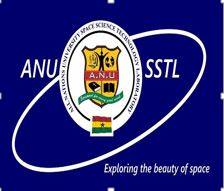 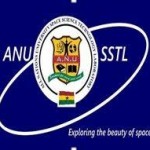 
0 Reviews
Write a Review
This University has no reviews. Be the first to share your experiences!

0
Questions
Ask a Question
Have questions? Get answers from Space Systems Technology Laboratory (ANU-SSTL) or GhanaYello users. Visitors haven’t asked any questions yet.

Location map
Show Map
Expand Map
P. O. Box KF 1908, E/R,Koforidua, Koforidua, Ghana Get Directions
Description
The Space Science Technology Laboratory of All Nations University (ANU-SSTL) was established in February 2012 following a workshop held by Electronics & Communications Engineering Department at the University. This workshop organized as part of ANU’s celebration of a decade of innovation, excellence and quality higher education, was the first of its kind in Ghana and attracted University scholars, researchers, government workers and among many others.

MISSION
To promote and build human capacity in the area of Space Science and Satellite Technology through innovative research and development of educative projects to impact our society and Africa as a whole.

OBJECTIVES
SSTL objectives are as follows:
To lay down a foundation and advance a sustainable space programme by building human capacity in space Science and Satellite Technology in Ghana and Africa.
To advance knowledge in the entire process of satellite programme including mission planning, mission operation and mission disposal.
To research, design, build and integrate high performance educational miniature satellites such as Can-Sat, Hepta-Sat, Cube-Sat and Nano-Sat.
To research, design and build ground station for tracking and communicating with earth orbiting satellites such as Amateur Ground Stations.
To be a member of the International Ground Station Networks.
To establish a platform for international networks and collaboration with world renowned institutions for the advancement of space technology of the region.

ACTIVITIES
SSTL objectives are as follows: Our activities incorporate educative space science and technology projects that enable the integration and collaboration among engineering and science careers, as well as encouraging team work of vast value.

1. CANSAT (Developed and Launched in May 2013)
The first step in the establishment of educational projects was the CANSAT programme. CANSAT is a small “satellite”, with all components, such as sensors, actuators, and GPS, housed inside a 500-ml Can. CANSAT provides an affordable opportunity for educators and students to acquire basic knowledge of space engineering and to experience engineering challenges in building a satellite. A CANSAT is launched by an amateur rocket or balloon and released to an altitude of few hundreds of meters. The CANSAT project gave the students practical training in the development of an educational satellite and students were able to conceptualize the mission, plan and design as well as build and test their products on the ground, operate and improve iteratively their CANSAT prototypes.

2. AMATEUR GROUND STATION (2014)
The ANU-SSTL Amateur Ground Station was designed, developed and installed by the students of All Nations University College in 2014. The ANU-SSTL Ground Station has been licensed by the Ghana National Communication Authority (NCA) under the Ministry of Communications with authorized amateur license call sign: 9G2-AA.
The Amateur Ground Station aims to:
Enable students to enhance their knowledge in space-ground satellite communication.
Track and communicate with Amateur radio satellites, research and educational satellites operating in the Very High Frequency (VHF) and Ultra High Frequency (UHF) in low earth orbit.
Enhance both institutional and industrial activities in the sub-region.
ANU-SSTL made history by successfully tracking and receiving signal from the International Space Station (ISS) on 18th and 24th December 2014.
This was the first time a Sub-Saharan African University Ground Station designed and built by students was able to contact ISS
ANU-SSTL Ground station was awarded a QSL (Contact Verification Card) from the ISS [Amateur Radio on the International Space Station (ARISS) -QSL Card] for successfully decoding the Slow Scan Television (SSTV) Image of the Russian Cosmonaut- (Mikhail Kornienko) from the ISS.
The Ground station successfully tracked and received QSL Card from the Japanese SPROUT and HORYU-IV Satellites and has tracked many other satellites that passes over the Sub-Saharan region.

3. PROJECT AERONET GROUND STATION - A collaboration between ANUC and NASA (2015)
Engineers from NASA with ANUC students successfully installed SUN PHOTOMETER as part of NASA Aerosol Robotic Network (AERONET). The AERONET ground system and its operating facilities will help measure the atmospheric aerosol column over its region.This technology implementation and environmental research is first of its kind in the sub-region and it facilitates ground-based data acquisition which helps to validate satellite-based aerosol measurement.
Benefits:

4. THE DEVELOPMENT AND LAUNCH OF GHANASAT-1
The historic Ghanasat-1 is a 1U experimental CubeSat, which weighs 1000 grams. It was developed by 3 students from All Nations University who partook in the Joint Global Multi National Birds Project. The Birds Project which was initiated by Kyushu Institute of Technology, Japan, brought non-space faring nations students together to build their first country satellite within a period of 2 years. At the time of the second quarter of the year 2016, the GhanaSat-1 was ongoing. It started in October 2015 by the signing of MOU between All Nations University College [ANU] and Kyushu Institute of Technology [Kyutech] in January 2016. GhanaSat-1 went through the various development phases [Mission Definition Review, Preliminary Design Review, Critical Design Review and Flight Model Assembly, Integration & Testing Phases] throughout the entire year, 2016 to early 2017.

GhanaSat-1 components and mission:
Onboard Camera to take pictures of our homeland and to monitor the coastal areas of Ghana and its neighboring counties.
Digi-Singer an outreach tool to broadcast the national anthem from space to ground. It is purposely to stimulate Science, Technology, Engineering and Mathematics (STEM), and Space Science Satellite Technology education in high schools and tertiary institutions.
Single Event Latch-up [SEL], a scientific mission to investigate the radiation effects on commercial-off-the-shelf microprocessors by measuring the single event latch-up occurrence that degrades electronic system onboard satellite due to harsh space environment. After mission definition of GhanaSat-1 the project continued with the development phases; Breadboard Model & Testing Phase, Engineering Model Development & Testing Phase onto the Flight Model and Testing Phase.

On the 3rd June 2017 @ 5:07pm GMT, the historic GhanaSat-1 was successfully launched to space [the International Space Station] at the Kennedy Space center LC-39A by the SpaceX Falcon-9. July 7, 2017 @ 9:05am UTC marked the successful deployment of GhanaSat-1 to orbit, to start its operation. It was deployed from the ISS through the JAXA JSSOD deployer. ANU management and the Ghana Ambassador of Japan witnessed the live deployment event at JAXA, Japan.
Students and Staffs of ANU were privileged to watch the live deployment at the University’s Main Campus where a great number of local and international media houses were present to cover the event, as it was the first time Ghana was being put among the space faring nation through the initiative of the All Nations University. The first University satellite developed by students in West Africa was successfully launched to space.