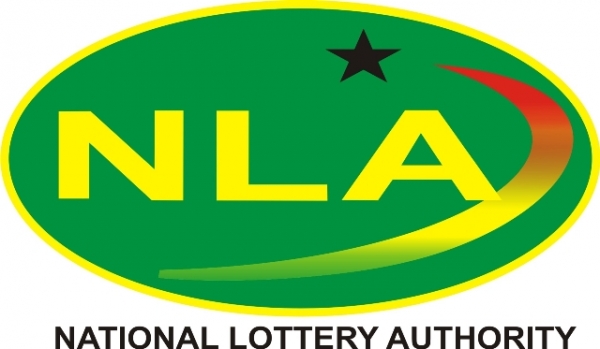 6 Reviews
3.8
Write a Review
5.0
Bamfo Michael
Ghana National Lottery Authority NLA GhanaJ.E.A Mills High Street, P.O.Box GP 5060302671644, 0302671645https://www.ghanayello.com/img/gh/s/_1446139659-32-national-lotto-authority-nla.jpg
1
Someone scam me for NLA
I sew post about NLA registration and l call the line on it to no more about it and when l called man oick the call so l talke to the person the l wont to register and he said we should chat on WhatsApp so we chat and he send information l need to fill it l did that and l and he said l need to pay amount of 500cedis and he send me contact to send l should sebd the amount on it that is the 500cedis so l did that and minut ago he send me a picture ur of a card which my picture on the card and he callee and say the registration is 600cedis so l should send 100cedis to the 500cedis l send first so l send the 100cedis to him and he said l lady will call me and when he me l should let him no that a minute ago the lady call me l pick she start talking that is she called this and she us the person go 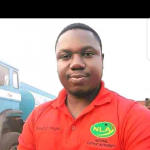 178
Ask a Question
John Cobbinah
I staked direct-1, number 80 and the numbers draw 80 is included but they said I didn't win why?
Answer Useful 5 Wrong 3
SUMAILA LAMIDu
Can I stake 1direct all the 90 numbers ?
Answer Useful 1 Wrong
Okyere Akosah Richmond
How much will I earn by staking 5 numbers for 10 cedis and win two
Answer Useful 12 Wrong
View all 178 questions

Location map
Add location
Description
The NLA was originally established as the Department of National Lotteries in 1958 with a Mandate to organize raffles for the public to have fun and win prizes. In 1960, the Lotto and Betting Act 94 was passed into law to start lottery in Ghana with the aim of raising revenue to support the development of the country.

Over the past fifty years, the NLA has evolved from its earlier incarnation as a Civil Service Institution known as the Department of National Lotteries (DNL); it has been transformed into an autonomous Public Service Institution, with a legal monopoly on the organization of lotteries in Ghana, and one which is of the most important contributors to both Government revenues and employment generation.

Hence, in 2006, the passing of an Act of parliament, the National Lotto Act 722 gave birth to National Lottery Authority.

The first Director of the Department, Mr. F. W. Brennan, a Maltese, introduced the first Fixed Odds Lottery in Ghana, known as 5/90 Fixed Odds game because it involved picking five winning numbers out of 90. The first draw was conducted on September 29, 1962.

The Lotto Coupons used at that time were popularly referred to as “Manual” because Lotto Receivers who retailed the Lottery Products physically wrote the numbers chosen by customers on the coupons and duplicate submitted to the Lottery Authority before the draw is held. Winners of the draw were selected manually by DNL staff from the stocks of Lotto Coupons sold.

The growing popularity of the lottery game, the increasing patronage in the late 60’s and 70’s and sometimes human error in writing of the numbers on the coupons as well as the selection of the winners culminated into the Mechanized Lotto Coupon. The new coupon was introduced in 1979 to solve some of the inefficiencies of the Manual coupons.

The new coupons afforded lotto stakers /players the opportunity to select their five (5) lucky numbers from 1to 90 numbers which are printed on the coupons by crossing out the chosen numbers.

With the introduction of these coupons, winners are selected by feeding a specially devised machine with ‘staked coupons’ which will then select the winning coupons from non-winning ones. Winners are paid after a 1 month period thus reducing the payment time for manual tickets which was 3 months.

The Mechanized Coupons were discontinued in 2001 due to the lack of replaceable parts and the high cost of maintaining the printing and sorting machines. This also paved way for the modernization, expansion and automation of lottery operations. Thus in 2003 a new coupon known as Universal Manual Coupon was introduced. The NLA introduced the Universal coupons that can be used to retail all its products or games at any given time without returning the unsold coupons to the NLA.

In 2006, the NLA introduced the automation machines that generate the lottery tickets upon purchase. The system works via GPRS (online). The acceptance of the automation machines took a while for both the retailers and lotto stakers in the first phase of implementation. The change from Manual to Automation however was absolutely necessary due to the numerous challenges involved in the Manual system.

The Automation System commenced with the use of TPM machine which were operated by Service Providers Known as SIMNET, until 2009 when the NLA introduced the Portable Automation Machines to completely fade out the Manual System. The PADPM is the INGENICO SAGEM EFT 930G’. its software application has been specifically designed and manufactured for the NLA for the dispensing of lottery products. The two automated platform ie. TPM and PADPM were operating at the same until the shutdown of the TPM system by its Service Providers (SIMNET) IN October 2012. With the shutdown of SIMNET in 2012, Lots Services was introduced in 2013 to provide technical support to NLA alongside INGENICO. Currently the NLA operates on an Automated Platform which is solely technically supported by LOTS Services.

Our Passion, Our Work, Our Home

The NLA provides an enviable corporate platform that encourages creativity, innovation and best management practices. We come from various academic and professional backgrounds, with different experiences and areas of specialization, but our varied abilities are able to find a unique blend and complete harmony in the NLA’s environment resulting in efficiency and high productivity.

Over the years the organization has worked hard to create and preserve a thriving working environment that encourages our ingenuity as workers, tapping deep into our acquired expertise and knowledge, and utilizing our skills in ways that are most creative and fulfilling.

Our passions are ignited each day as we work on varied tasks and assignments aimed at developing new products or improving existing ones, strengthening the bond between our core staff, retailers and ultimate customers, as well as improving our modes of delivery and maximizing the value for our ultimate customers.