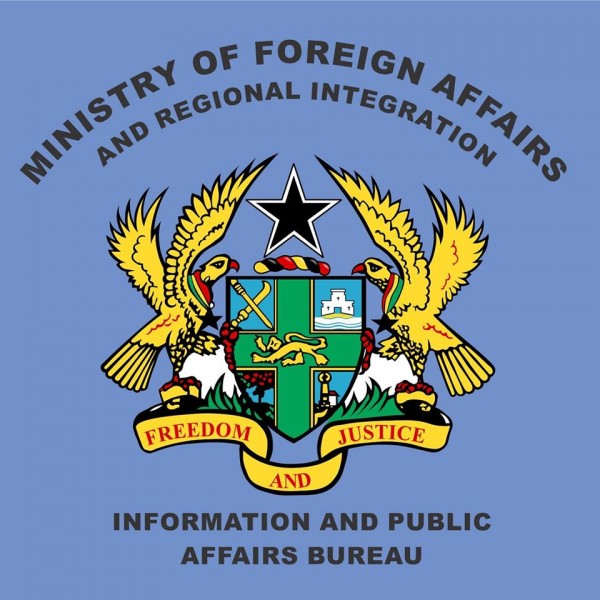 
0 Reviews
Write a Review
This Company has no reviews. Be the first to share your experiences!

7
Questions
Ask a Question
Asomani Prince
20 Feb, 2018
Please I want to know how much I will have to spent before I can get Passport and a visa
Answer Useful Wrong
david cota
12 Sep, 2017
I was told by a Ghanaian that in order for her to get her passport and visa to leave the country that she must pay a debt that her mother took out a bank loan and she claims she signed as cosigner if the debt was not paid by her mother. Which they claim they were rob. So if this is true. Then how can I get a certified bank statement showing that she is in debt with this bank if so.
Answer Useful Wrong
Stephen ofosu
17 May, 2017
Can I legalise my birth certificate at the ministry of foreign affairs?
Answer Useful Wrong
View all 7 questions

On 6th March, 1957, when Ghana became independent, Dr. Kwame Nkrumah made a historic foreign policy pronouncement. The concept of free, proud, confident Africa was to dominate the foreign policy of Ghana. The independent state of Ghana had at its disposal, competent diplomats who had been selected and trained in 1955 to implement her foreign policy. Three very senior civil servants were also drafted into the Foreign Ministry to occupy higher posts.

Dr. Nkrumah established an autonomous African Affairs Secretariat under his personal direction primarily to promote and effect his vision of African Unity – a foreign policy issue which normally should have fallen within the purview of the Foreign Ministry. After his overthrow in February 1966, the Secretariat was incorporated into the Ministry.

The Ministry and its diplomatic missions abroad constitute the Ghana Foreign Service charged with the control, direction and coordination of Ghana’s external relations. In addition to diplomatic missions, honorary consulates are established to complement the work of the former in the promotion of investment, trade and tourism as well as the discharge of consular functions in areas with significant Ghanaian communities.

The name of the Ministry has undergone various changes in Ghana’s recent history. Its current name, Ministry of Foreign Affairs and Regional Integration, was designated in 2009 to emphasise the importance of regional integration as a foreign policy objective.

INTRODUCTION
The Ministry of Foreign Affairs and Regional Integration is the principal organ of state responsible administratively and executively for the initiation, formulation, co-ordination and management of Ghana’s Foreign Policy.

The Law Office of Clinton Consultancy