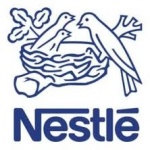 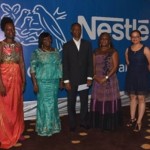 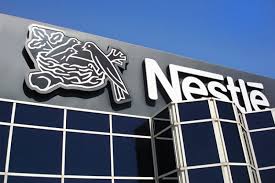 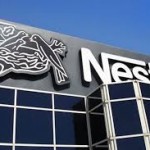 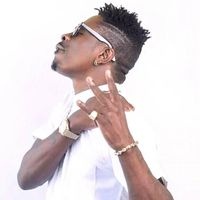 Ransking Diamond
Can I can 15-20 cartoons of milk from the company direct
Answer Useful Wrong
Olatunde ABIKOYE
Dear Nestle.

What does it take to become a distributor?

What are the requirements?
Answer Useful Wrong
Mathias Nyamekye Mathias
Is there any job opportunity as a laboratory Technician in your noble institution please?
Answer Useful 1 Wrong
View all 25 questions

Location map
Show Map
Expand Map
33 Motorway Extension, North Dzorwulu, Accra, Greater , Accra, Ghana Get Directions
Description
In the 1860s Henri Nestlé, a pharmacist, developed a food for babies who were unable to breastfeed. His first success was a premature infant who could not tolerate his mother's milk or any of the usual substitutes. People quickly recognized the value of the new product, after Nestlé's new formula saved the child's life, and soon, Farine Lactée Henri Nestlé was being sold in much of Europe. In 1905 Nestlé merged with the Anglo-Swiss Condensed Milk Company. By the early 1900s, the company was operating factories in the United States, Britain, Germany and Spain. World War I created new demand for dairy products in the form of government contracts. By the end of the war, Nestlé's production had more than doubled.

The 1920s saw Nestlé's first expansion into new products, with chocolate the Company's second most important activity. The end of World War II was the beginning of a dynamic phase for Nestlé. Growth accelerated and companies were acquired. In 1947 came the merger with Maggi seasonings and soups. Crosse & Blackwell followed in 1960, as did Findus (1963), Libby's (1971) and Stouffer's (1973). Diversification came with a shareholding in L'Oréal in 1974.

Nestlé divested a number of businesses1980/1984. In 1984, Nestlé's improved bottom line allowed the Company to launch a new round of acquisitions, the most important being American food giant Carnation. Since 1996 there has been other acquisitions including San Pellegrino (1997), Spillers Petfoods (1998) and Ralston Purina (2002). There were two major acquisitions in North America, both in 2002: in July, Nestlé merged its U.S. ice cream business into Dreyer's and in August, a US$ 2.6bn acquisition was announced of Chef America, Inc. In 2003 Mövenpick Ice Cream was acquired, enhancing Nestlé's position as one of the world market leaders in this product category. In 2006, Jenny Craig and Uncle Toby's were added to the Nestlé portfolio and 2007 saw Novartis Medical Nutrition, Gerber and Henniez join the Company.

Nestlé Ghana Limited started business in Ghana in 1957 under the trading name of Nestlé Products (Gh) Limited with the importation of Nestlé products such as milk and chocolates. In 1968, it was incorporated as Food Specialties (Gh) Limited to manufacture and market locally well known Nestlé brands. The company became Nestlé Ghana Limited in 1987.

In 1971 the production of the IDEAL Milk and MILO started at the Tema Factory. The factory has since been further developed and now also produces CARNATION milks, CHOCOLIM, CHOCOMILO CEREVITA, CERELAC and NESCAFÉ 3 in 1. These products are not only produced for Ghana but also exported across West Africa.

In 2003, Nestlé Ghana Ltd invested in a new warehouse, the Central Distribution centre, located next to the factory in Tema. The company also runs sales offices with warehouses in Kumasi, Takoradi, Koforidua and Tamale.

Make sure everyone can find your business online. Create your dedicated company page on GhanaYello - it's simply and easy!
List Your Business