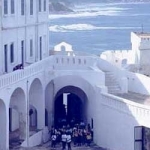 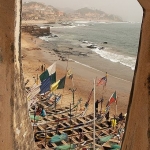 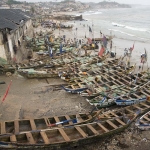 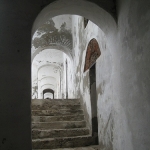 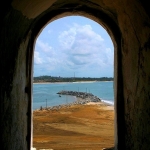 0 Reviews
0.0
Write a Review
This company has no reviews. Be the first to share your experiences!

0
Ask a Question
Have questions? Get answers from Cape Coast Castle or GhanaYello users. Visitors haven’t asked any questions yet.

Location map
Show Map
Expand Map
Cape Coast Castle, Cape Coast, Ghana Get Directions
Description
Located in Cape Coast in the Central Region of Ghana is one of UNESCO’s World Heritage sites, the Cape Coast Castle. The Cape Coast township is bounded to the south by the Gulf of Guinea and the beach front created by the ocean coupled with its proximity to Elmina (La Mina- the first point of call by the Europeans) makes it one of the great tourist attractions in Ghana.

Because of attractive location, Cape Coast Castle has created competition among the Protuguese, Dutch, Danes, Swedes and the English, all of whom wanted its control. The Portuguese built the first trade lodge in 1555 and called the local settlement “Cabo Corso”, meaning short cape, later corrupted to Cape Coast. The Swedes, led by Krusensjerna, built a permanent fort in 1653 and called it Carolusburg after King Charles X of Sweden. The Danes, the Dutch and the local Fetu chief of the time each captured and held Carolusburg it was finally captured by the English fleet led by Captain Holmes.

From 1766-73, the British Committee of Merchants which was responsible for the administration of the British forts, undertook a major rehabilitation of the castle and gave it its present-day form. In the early 1750s, an Anglican Minister, Thomas Thompson, established the first primary school at Cape Coast Castle. Thompson arranged for a Cape Castle youth, Philip Quaque to receive ministerial training in systems. For the first time in the Gold Coast history, children were provided with school uniforms. In recent times, Cape Coast Castle has served as a school, a historical museum and a regional headquarters of the Ghana Museums and Monuments Board.

The use of the Castle today as a heritage site/museum did not start straight after the abolishing of the slave trade or the movement of the capital from Cape Coast to Accra. The Castle did not see any substantial use under British colonial rule and by 1960 it was home only to the town’s main post office, the law courts, the port’s customs house, and a prison in one wing of the castle. In the 1960s the post office and law courts moved out of the castle grounds and into the town; then, in 1962, Cape Coast port was closed to international shipping, and the customs house was closed and became dilapidated (it was demolished in 1996). Finally, in 1993 the prison was closed, well after visits to the Castle the general public had started.

Key features of Cape Coast Castle
There is no doubt that the highlights of Cape Coast Castle are the museum and the dungeons, but there are plenty of other historical touches that bring the place to life. On reaching the Castle, visitors/tourists should expect to see a number of interesting features. The Castle has three male and female dungeons. Whereas each male dungeon could contain up 450 captives, the female dungeons could contain 250 captives.

Visitors will surprisingly find a place of worship on top of the male dungeon which is an irony judging from the kind of inhumane activities that took place in the Castle. But the Europeans could be forgiven since the first motive for building the castle was to trade in commodities and not human cargoes.
It is believed that Cape Coast has 77 gods and one of the gods is housed in the Castle at the moment. Legend has it the cliff on which the Castle stands today used to be the abode of the god. But it was moved to make way for the construction of the Castle. After the abolishing of the slave trade and the return of the Castle to the then Gold Coast and now Ghana, the god was returned to its original location albeit inside the male dungeon. The position of the shrine now used to be opening to the tunnel the led to ships that have been anchored to carry slaves away.

Another place of call when visiting the Castle is the museum. The Museum was created in 1970 and it is housed in one of the wings of the Castle. The Museum serves as a centre of excellence for visitors who want to know about the coming into contact of the Europeans with the locals. Within the museum, visitors have a chance to see several artefacts some of which are related to the slave trade and others that depict the rich cultural heritage of the people of Cape Coast. Some of the artefacts include glass beads, gold weights, maps of the slave route, state swords, a palanquin and a canoe just to mention a few. Video documentaries that have been carefully created to tell a story how African home and in the Diaspora interact can also be watched.

Many tourists spend hours in the castle’s museum and learn about the Ghanaian history depicting the slave trade era. The museum is proclaimed by many tourists as one of the best in the entire West Africa.
Another striking feature that one would to see is a 150 meter tunnel which connects the male dungeon to “the door of no return”. The door of no return was the portal through which slaves were sent out to Europe and the Americas and never returned.

A major feature of the Castle is the large pentagonal courtyard overlooking the sea, with one long side and two short sides enclosed by three-storey ranges of buildings. Each of the five corners of the pentagon has polygonal bastions. After the abolishing of slavery in the later part of 19th Century and the convention of the place into a national monument for tourism, African Americans and Africans in the Diaspora who have returned to visit the once notorious slave castle have been made the symbolic to return to through the same doors signifying a door of return, hence the christening of the door “the door of return”.

Other features of the Castle that tourists will find interesting are the graves of colonial administrators and their wives and that of a native of Ghana. Remnants of cannon balls and guns which were used to defend the castle against enemies can still be found in the court of the Castle. The courtyard also has two water reservoirs which were formerly used as male dungeons. There is an interesting story about the conversion of the two male dungeons into water cisterns. The story is told that when the British took over the Castle they realised the those two dungeons were not “comfortable” so upon the completion of the supposedly more comfortable ones, the British decided to fill it with rain water collected from the castle.

One cannot end a tour of the Castle without going through the Palaver Hall which served as sales rooms or literally a “market” for the sale of slaves who have been brought in by their slave masters. Other notable areas in the Castle are the library, governor’s residence, the craft shop, and resident cultural troupe.